It’s the end of June, so it’s lavender harvest time! Shame, really, as I love to see the purple hummocks decorating the hillsides. Unlike Provence, where the lavender is grown in great long stripes, here the bushes are kept separate, giving more of a pattern of dots. And, given the steepness of the fields, the stone walls underline every few rows. 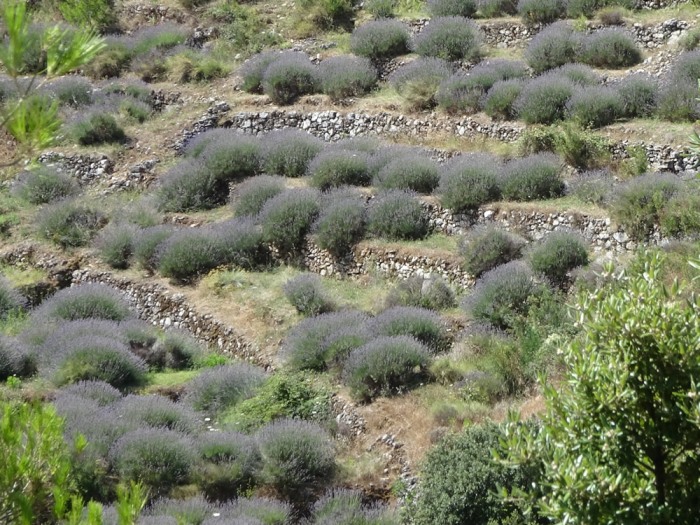 The growers association in Velo Grablje hold a harvest festival, where you can see how they cut and process the lavender, as well as how to look after your drystone walls.The demonstration was being held in a field way up on top of the island, with far-seeing views in all directions. We headed up the track, following the signs and the wafting sound of happy singing. 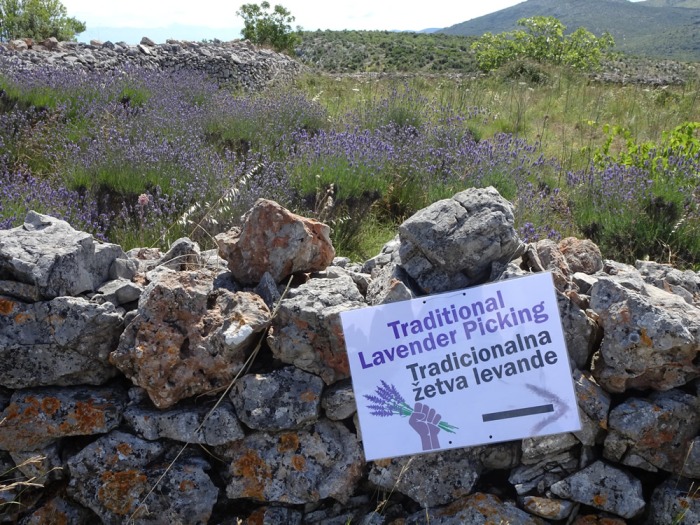 As we reached the field, a strong fragrance of lavender was in the air. A shuttle bus had just arrived, and people were treading carefully along the walls and into the field, cameras and phones at the ready. 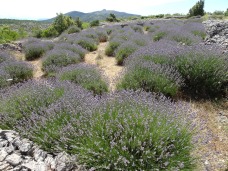 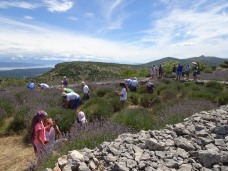 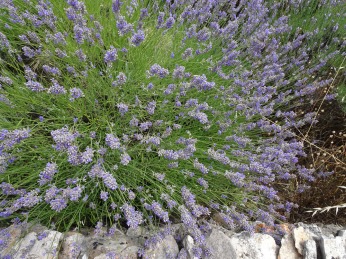 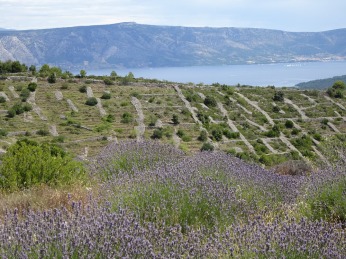 The lavender is cut using a sickle – grab a bunch of lavender stalks in one hand, and swipe – remarkably swift and effective. The cut stalks are put into sacks, tightly crammed in to fit as much as possible. Everyone got to try, and we earned our own bunches of lavender to take home. I’ve never had call to use a sickle before, as clippers do just fine when you only have one bush in the garden. That’s one sharp weapon! 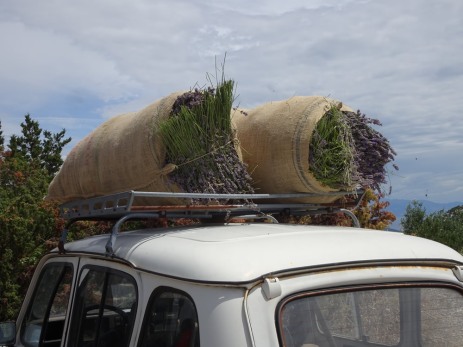 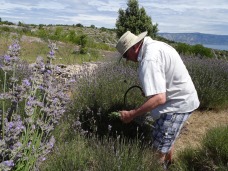 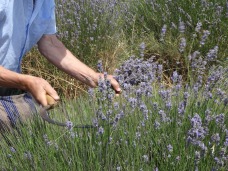 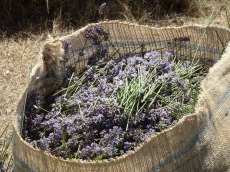 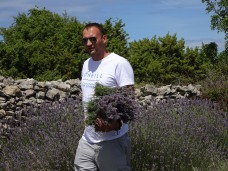 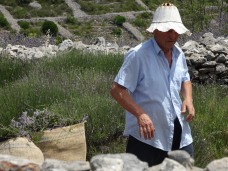 Besides the lavender cutting, there was a workshop by the Udruga Dragodid – an association of enthusiasts who go  to events like this all round Croatia to revive interest in drystone walling, and how to do it. It’s a disappearing skill, but not actually difficult, and all the materials you need are to hand, just lying on the ground! 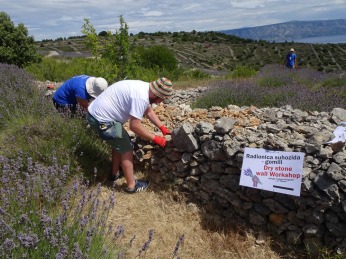 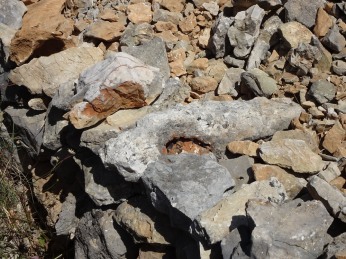 And this wasn’t just a demo, it was a party! A strolling accordionist and the other harvesters kept us all entertained with a selection of songs. They were good! Oči boje lavande (Eyes the colour of lavender) was particularly appropriate in this setting! 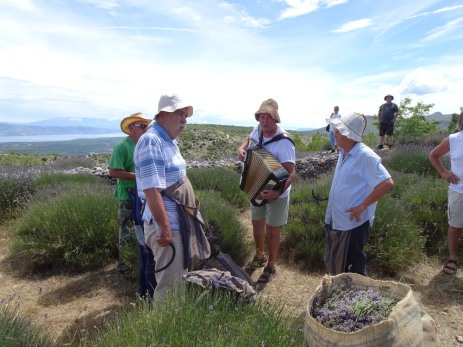 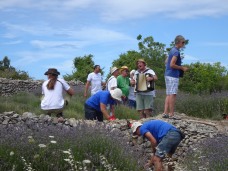 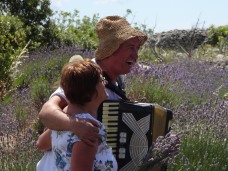 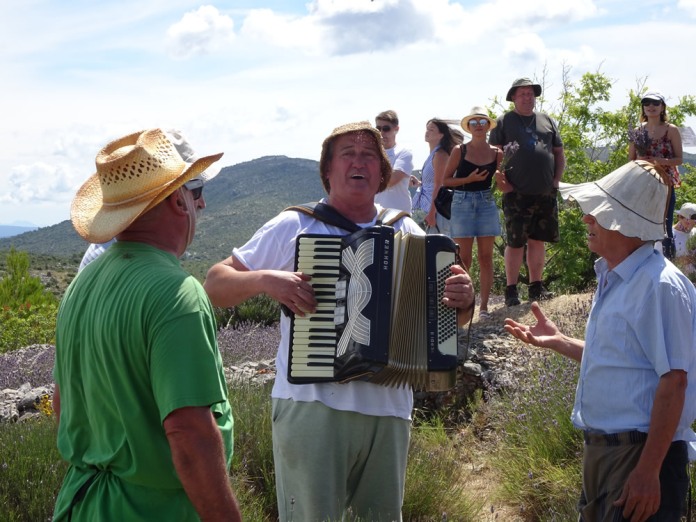 After a little marenda (lunchtime snacks for the workers: bread loaded with cheese, tomatoes and anchovies, washed down with bevanda) and more songs, we headed down to Velo Grablje for the main festival. Market stalls had been set up around the village, with local produce and artwork. 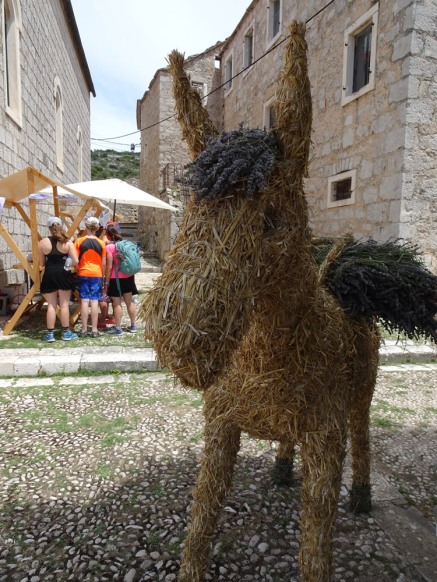 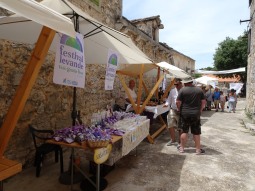 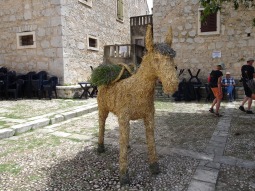 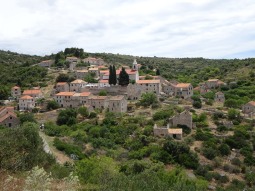 The village of Velo Grablje 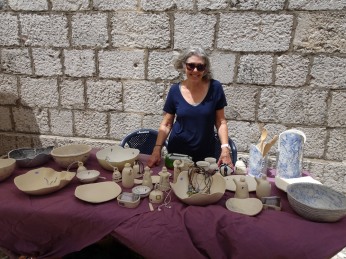 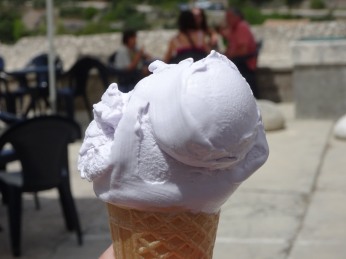 Lovely festival as ever, with lots to see and do. This year festivities ran over three days – one in Hvar town, and two in Velo Grablje itself. We visited on the Friday, as we particularly wanted to see the harvesting and drystone walling demos. Next year we’ll try and get to the next step in the process, which is pressing and distilling the lavender oil!

Pjover –  organizers of the Lavender Festival