It’s been nearly 5 years since we took the old Liburnia ferry from Stari Grad down the coast to Dubrovnik. That took a leisurely 8 hours, including stops at Korčula town and the island of Mljet. Things are speedier now. Krilo’s fast catamaran service does basically the same trip (leaving from Hvar, not Stari Grad) in only 3 and a quarter hours! And the season is yet young – it’s only April!

We were going to meet up with friends from California, who had just one day to spend in Dubrovnik – what a great excuse for an expedition, especially as this is well before the main tourist season. As it turned out, this was the weekend of the Dubrovnik half-marathon, which apparently involves running round the walls as part of the route! Frankly, it takes me all my time to walk around it in the heat.

The tour of the walls, in addition to spectacular views of the setting of this great city, also provides glimpses into the lives of the people that live here. These are not the characters from Game of Thrones or Star Wars, but normal folks who somehow go about daily life in the midst of the massive influx of visitors to this most scenic of cities. 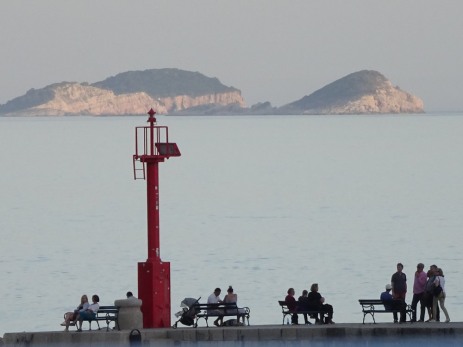 Sunset on the pier 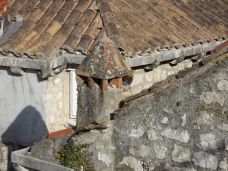 I love that Dubrovnik has a rich culture of artists, with many little galleries to explore. We don’t have that so much on Hvar, there being more of a literary heritage here. Again, I was disappointed in the main Dubrovnik Museum of Art, for although the poster showed the current exhibition to be paintings from their permanent collection (which I’d love to see!) it turned out the building was closed for 2 days to install a new lift to make it more accessible to art-lovers in wheelchairs. Good idea, bad timing! However, the Đuro Pulitika studio was open, as was the Đuro Pulitika – Ivo Dulčić – Antun Masle gallery, with artwork from all three artists.

The Maritime museum, also in St John’s fort, gives the background to Dubrovnik’s position as a sea power, with a fascinating collection that ranges from an ancient Greek trireme galley to modern cargo and passenger vessels. The model boats are so precise you could almost imagine yourself onboard! 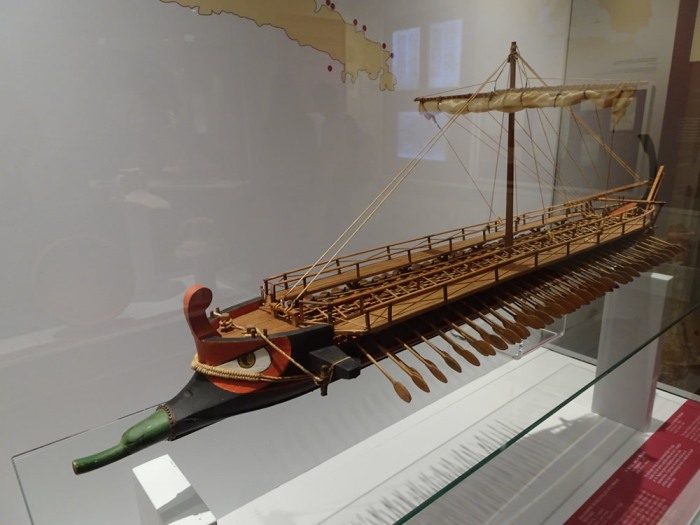 Ancient Greek trireme galley – love the face on this!

Meanwhile outside in the harbour, there’s a full-size replica of a Dubrovnik trading galley that you can really climb aboard and take the sunset cruise. It’s a fine sight, although motoring into their berth does detract somewhat from the effect! 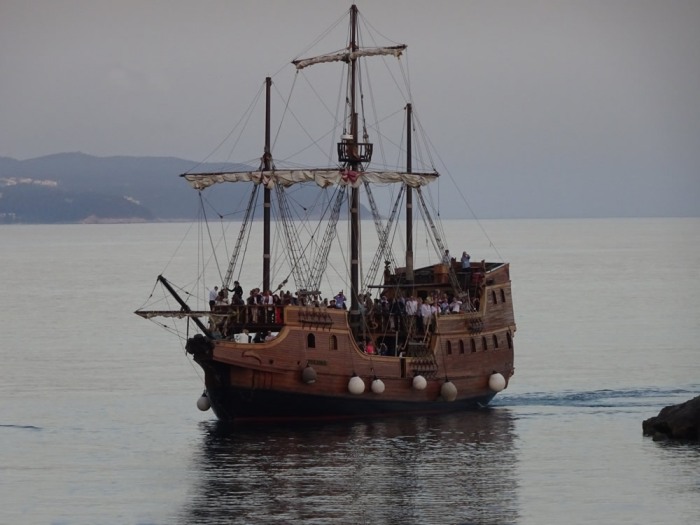 Sailing boat from around the 16th century

And while the Arsenal for the larger boats has long-ago been repurposed, there is still a boatyard next to the marina for the smaller local boats.

Another museum on our collective ticket was one showing medieval carvings. As Dubrovnik was severely damaged in the earthquake of 1667, there are not so many buildings from before that time still standing. The archaeological display showed fragments of an older architecture, mostly churches as those would be the most ornate. Now I always associate the endless loop scrollwork with Celtic artwork, but they’re in evidence here too. Developed separately or connected cultures?

There’s a separate blog to come on our amazing gourmet dinner at the spectacular 360 restaurant, awarded their first Michelin star earlier this year. Dinner and location combine here for a very special evening. Here’s just a taster of the beautiful view from our table at sunset.

A glass of Tomac sparkling wine

And after dinner, a pleasant stroll back to our room, enjoying the sights and sounds of the city at night. 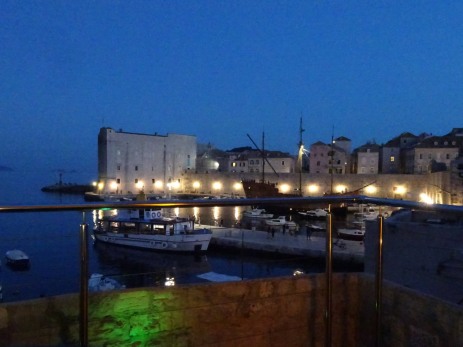 Singing in the streets 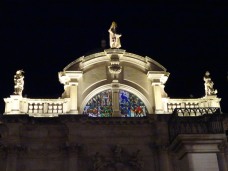 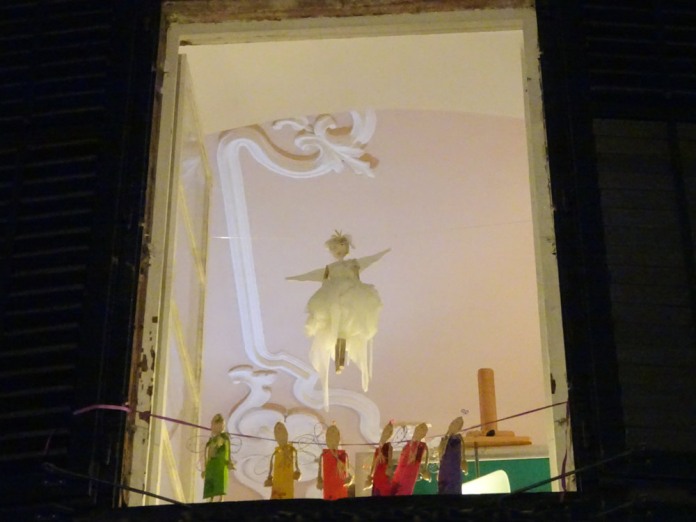 Next morning we did a little exploration outside of the old town. From this little harbour you can rent kayaks with a great view back to the city walls. Very peaceful, and what a way to see the see the city from the sea!

And the classic view of the old port from the other direction, showing the huge fortifications on the entrance. The windows in the fort are a later addition from the 19th century. The red submarine makes a pleasing highlight in the turquoise sea!

Note that in April, it’s already warm enough for some people to be swimming!

2 thoughts on “The fast boat to Dubrovnik”