When the Michelin awards were announced for 2018, we were delighted to see some international recognition, finally, for Croatia’s young chefs. These guys have set about creatively combining the very best of this country’s produce and traditions to produce a fresh style all their own. Paired, of course, with some wonderful Croatian wine. We’ve been expanding our horizons (and to some extent our waistlines) whenever we hear about somewhere new, and our recent trip to Dubrovnik was too good a chance to miss. Restaurant 360 was one of two Dalmatian restaurants in 2018 to be awarded a Michelin star. The Michelin judges said they were impressed with the “Classic dishes presented in a modern style”.

A glass of Tomac sparkling wine

The restaurant opened in 2007 with Gilles Camilleri, and later Geoffrey Vella, as executive chefs. It soon became well known for high quality innovative cuisine, at a time when that was a rarity.

Before becoming General Manager in 2015, Rudolf Papac has been with the team since 2007. Rudolf stresses the importance of teamwork and continuity: “We like to joke that we are really just a catering operation. The kitchen is below and the tables are way up on the old city walls, with quite a number of steps in between. It requires total coordination between the kitchen and wait staff which we have perfected over the years.” Somewhere in there Rudi also hid a wine cellar with 450 different wine labels, and has a team of 42, including six certified sommeliers to assist the guests in chosing just the right bottle for their meal.

Chef Marijo Curić started at the same time, and took up the mantle of Executive Chef in 2015. Prior to that he worked in 360 with Gilles Camilleri, and takes the time every year in the off season to work in renowned European restaurants and learn more from famous chefs. Marijo’s style could be described as based on French Haute Cuisine tradition, yet at the same time very modern and focusing on typical Croatian and especially Dalmatian flavours and ingredients. Marijo’s team consists of some 20 chefs, sous-chefs, kitchen staff and a pastry chef.

Our table gave a beautiful view over the old town harbour, where we watched the boats come and go as we started the evening with a glass of Croatian sparkling wine. The Tomac Diplomat bubbly went down well while we perused the menu and wine list. With such a choice of amazing dishes and wines, we took the easy way out and settled on the tasting menus. ‘Retrospective’ for the ladies and ‘Mario 2018’ for the gentlemen. We asked our sommelier, Miha, to chose the wines to match each dish.

Tasting Menu – Retrospective earned the Michelin star, while Marijo 2018 is their new direction

Amuse Bouche – a selection of three tasty bites that set the tone for what was to come: delicately pickled vegetables, toasted rice with powdered beetroot and a sublime aubergine mousse. The non-veggie version included pulled pork.

Paired with Lipanović Vugava from the island of Vis. 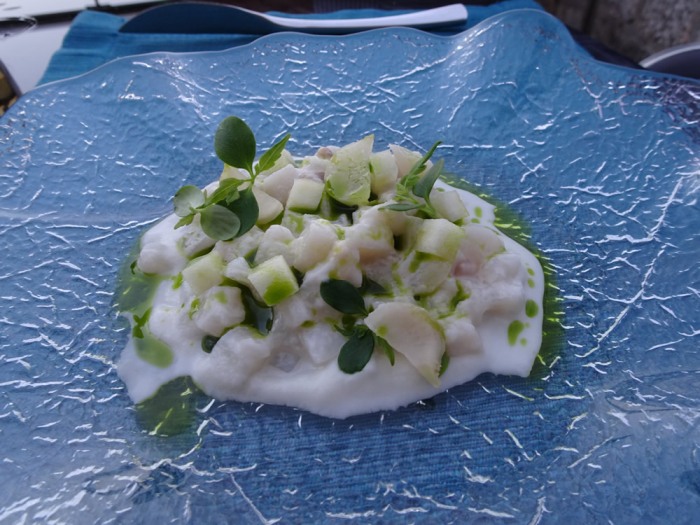 Gents: ‘Scallops and Pearls’ – tartare of scallops and Ston oysters with turnip dressing, bits of apple, drizzled with parsley oil. This started with the same taste for each mouthful, but then veered away in different directions depending if there was a bit of turnip, or apple or whatever. Again, the variation in textures which Marijo likes to play with, and the little taste surprises.

Wine with it was the Orahovica Silvaner from the continental area of Croatia.

Interesting how a continental wine worked very well with the seafood dish, and an island wine complemented the earthy flavours of the carrot perfectly. 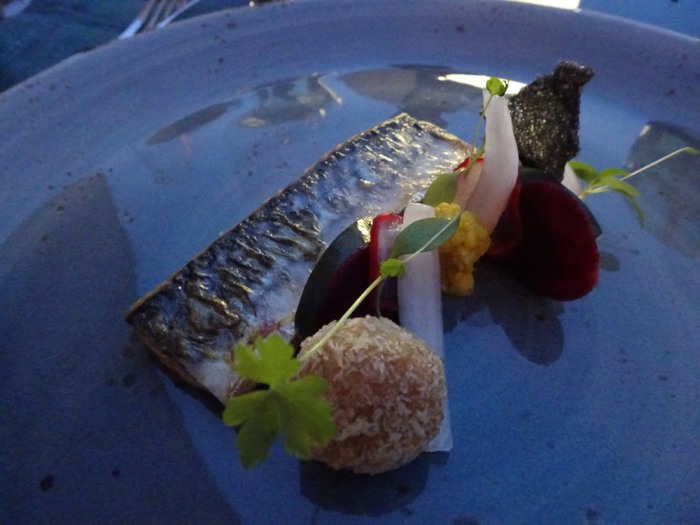 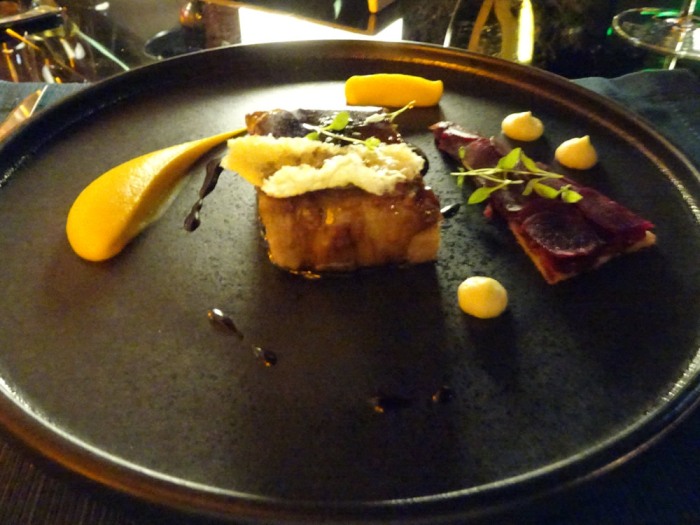 Intermezzo to clear the palette.. sorbet in beautiful shell-shaped bowls 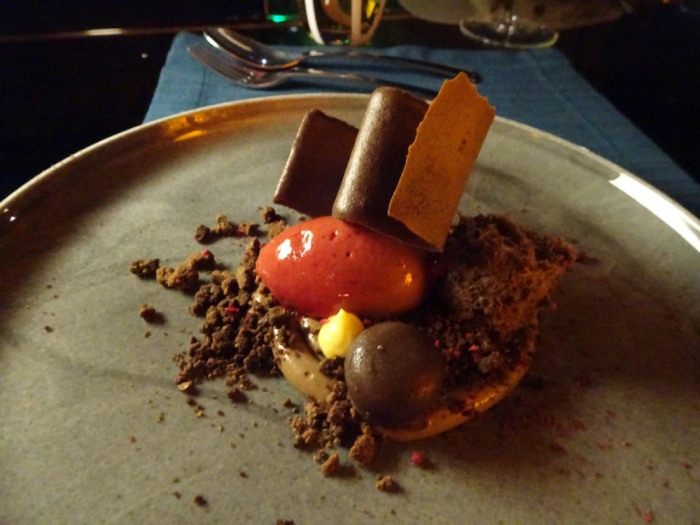 And of course a box of sweet delicacies as we were leaving.