The almond is the first tree in bloom hereabouts, and gives a very cheery signal that the year has turned, and we’re heading into Spring! A native of the eastern Mediterranean, Prunus Amygdala can be found all around southern Europe, and anywhere else with a similarly mild climate. On Hvar, we probably have the ancient Greeks or Romans to thank for cultivating them first, on the Stari Grad Plain. 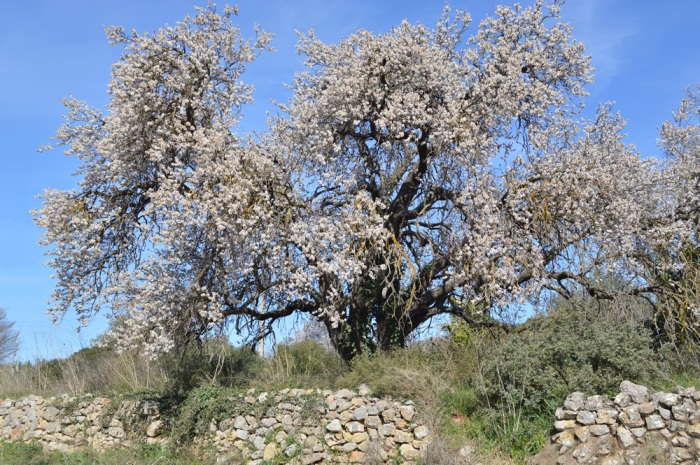 A fine almond tree in flower

Of course, almond trees could have been here even earlier, as this is an easy tree to grow from seed, very useful for ancient populations on the move. The almond seeds are good source of nutrition, though it will take you about 3 years to get any kind of crop from a new tree.

The almond flowers are sweetly scented, opening from pale pink buds into white flowers, that will gradually fade to pink again with age. They appear on bare branches, before the leaves even think about unfurling, and the bees love them! The almond trees are fairly buzzing!

Now, while almonds are not the main crop on the island, there are trees here and there among the olives and vineyards. In early March, they’re very easy to spot, in their pink and white finery. 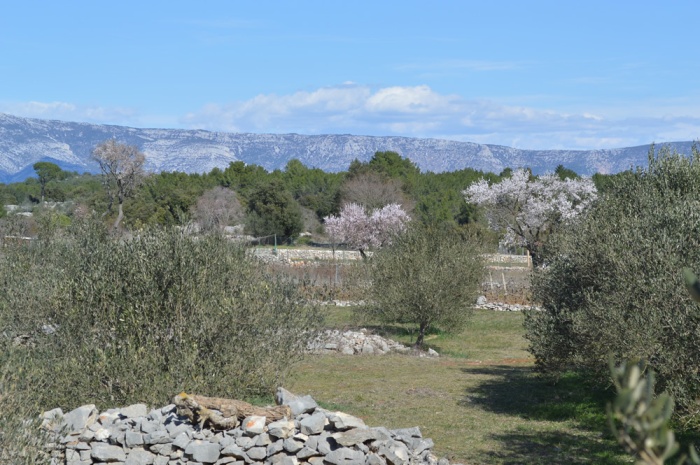 Almonds among the olives

The weather has been warming up after the last strong bura blew through (one of the strongest since records began). We’re now basking in temperatures of 14-16 C, and although the nights are still quite chilly, it’s a far cry from the snowy blast of one year ago!

It’s too early yet for the vines, and many of my neighbours are out pruning and tidying on this gorgeous sunny Saturday. Plenty of work to do in the fields before it all starts growing again. And even in overgrown fields, where the plants have all gone native, the almonds are still in flower.

Vincent Van Gogh painted almond blossoms against the blue sky, a favourite subject when he first moved to the south of France, and heavily influenced by Japanese art styles. This one was painted as a present for his new baby nephew Vincent Willem Van Gogh.

Something to try in the studio, or did he sit outside under a tree? It may actually be warmer in the sunshine!

Almonds of course, are well worth cultivating, and have a wide range of culinary uses, particularly as marzipan and nougat, and many pastries, cakes and desserts. They can also be used to make almond butter and milk. 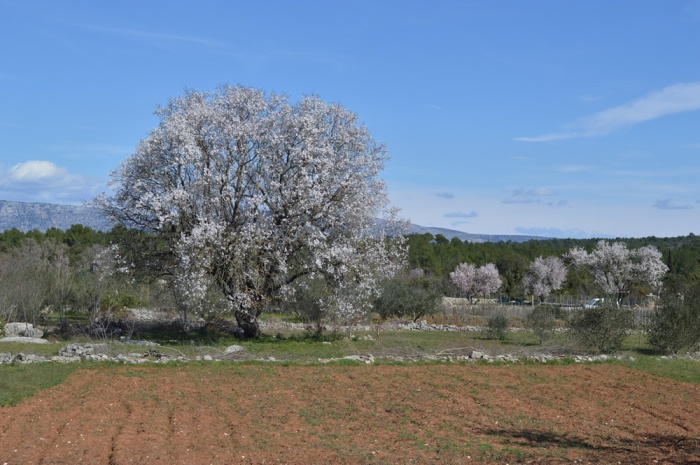 In Croatian, the almond is known as badem, and many traditional recipes make use of them. I particularly love the sugared almonds, which make a very tasty sweet snack. But in many cases, almonds appear simply as themselves as accompaniments to wine, along with cheese, ham and olives.

If the almond trees are in flower, can the rest of nature be far behind? Hopefully, we’ll be out and about enjoying more of this warm sunshine as we head towards the Spring Equinox later in the month!