From the top of Istria, we now headed back in time to try and find a glimpse of the Histri, the iron-age tribe after which Istria is named. Displaced by the Romans in 177 BC, their last stand was at the hill-fort of Nesactium (or Vizače in the Istrian dialect).

The site takes a bit of finding, located as it is on a hilltop in the midst of the countryside to the east/northeast of Pula, near Valtura. Before modern roads defined where we go, this was probably a very convenient (and relatively safe) place for a town, overlooking the fertile fields of the nearby valley and Budava Bay. By 78/79 AD in Roman times, Nesactium was on the ancient Via Flavia which connected Trieste to Dalmatia, with a loop around the Istrian coast. Now it would make finding Nesactium much easier if only that road still existed!

Where to find Nesactium – not on any main roads now!

The origins of the Histri are lost in the mists of time. Of course, these were not writers, so evidence must be deduced from what they left – carvings, pottery, and specifically their funerary urns. Their arrival in Istria seems to have come at a time of big changes during the 12th century BC, when the previous bronze-age castellieri suddenly disappeared from their hillforts. New Histri settlements appeared, along with a new form of burial ritual – cremation. 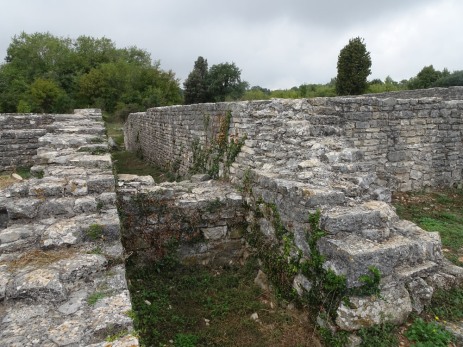 Walls of the Kapitol

The Histri were first mentioned in texts dating from the 6th century BC. The earliest in a work by Hecataeus of Miletus, entitled “Travels round the Earth”, who states that “the Histri are a people living in the Ionian Bay”, as the Adriatic was referred to at the time. According to the early writers, the Histri were seafarers and traders, considered pirates by the Greeks and Romans who were also in the same business. They apparently built their boats by sewing (serillae), as was done in various other places around the Mediterranean. 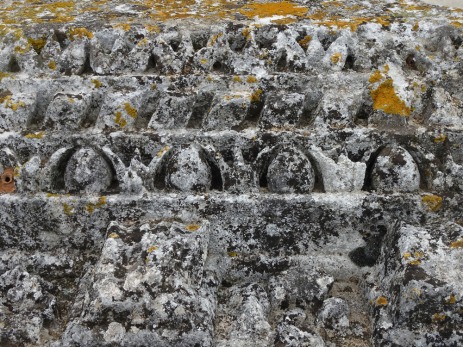 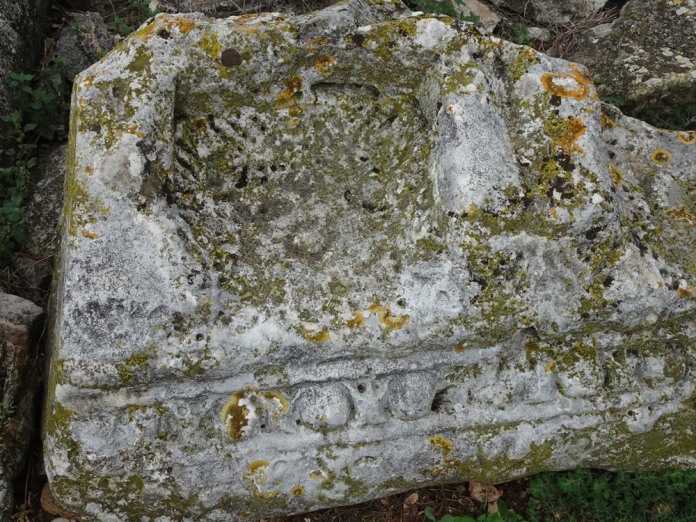 In 221 BC the Romans got serious about destroying the Histri fleet and some of the hilltop settlements. The response was a unified push back by the tribes under their ruler Epulon, but they were no match for the Roman forces. The final battle was at Nesactium, where (according to Livy) 8,000 of the Histri were killed, 5,000 survivors sold into slavery and Epulon himself committed suicide rather than be captured. Only 200 Roman soldiers died in the battle. 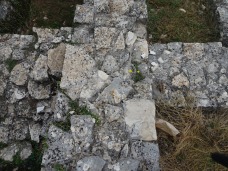 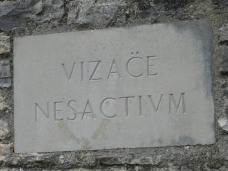 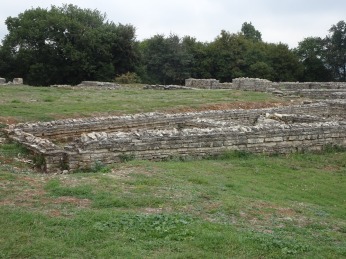 The Romans built themselves a new town on the ruins of the old. Existing foundations were of solid stone, while the more flimsy wooden and mud-walled structures would have perished in the battle. Towards the end of the 4th century, the defensive walls were rebuilt, and 2 churches were added next to each other, between the bathhouse and the forum. Hard to believe now, but around 80,000 people lived in Roman Nesactium.  The settlement was finally abandoned around the 6th century AD with the arrival of the Slavs to Istria. Most all of what we see above ground in Nesactium today (town walls and foundations of buildings) was Roman, with some modern reconstruction in places. 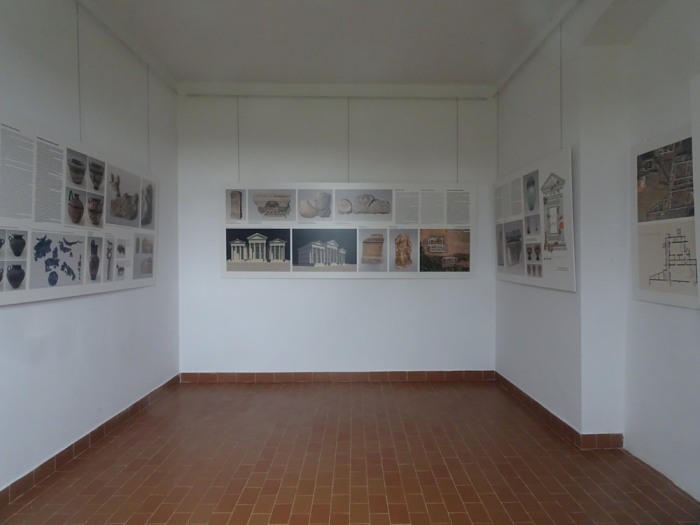 Museum display – as seen through the window!

There is a small museum on site, which appears to have some information to tell you what you’re looking at. Unfortunately, it was closed in the middle of the day, which is when we visited. You can wander around the site, but the interesting finds are displayed in the Archaeological Museum of Istria (AMI) in Pula. Here are a couple of photos to show you the quality of the craftsmanship (photos courtesy of Wikimedia Commons and the Archaeological Museum of Istria in Pula). 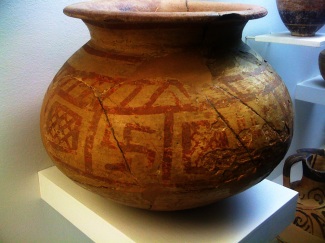 And after all that fresh air and culture, it’s off to Food & Wine Station Trapan for some lunch and wine-tasting!

Special exhibition on the Histri