To get a good photo of a butterfly, ideally it comes to us, and is considerate enough to land peacefully while we grab the camera! This guy visited us at the Artichoke wine bar in Jelsa while we were having lunch. Not one I’d seen before, with yellow markings on a very dark upperside. Trouble was, it folded the wings tightly when resting, so all I could photograph was the underside! 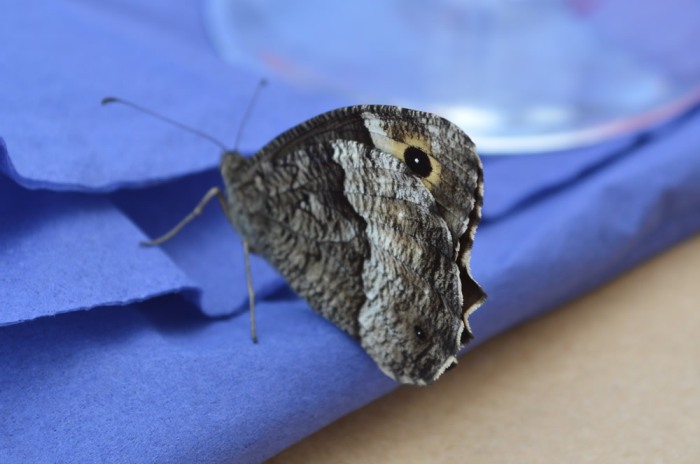 That was not going to make identification easy! Luckily though, it turned out that one of my photos had managed to capture a glimpse of the upperside. The Woodland Grayling appears to be the closest match, and that is quite common around Europe, including as far south as Croatia. The fagi part of the name is latin for beech tree, and the Croatia name for this butterfly would be Bukvin sivac, or “Beech gray”. 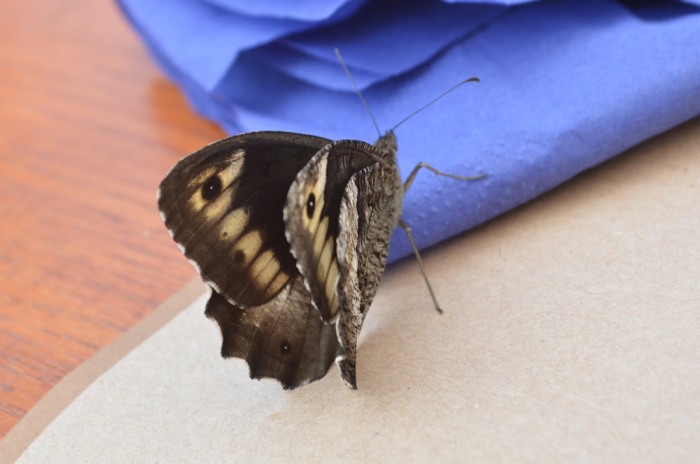 Woodland Grayling – glimpse of upper side

II think that’s the right name, but I do wonder where it finds many beech woods on Hvar?